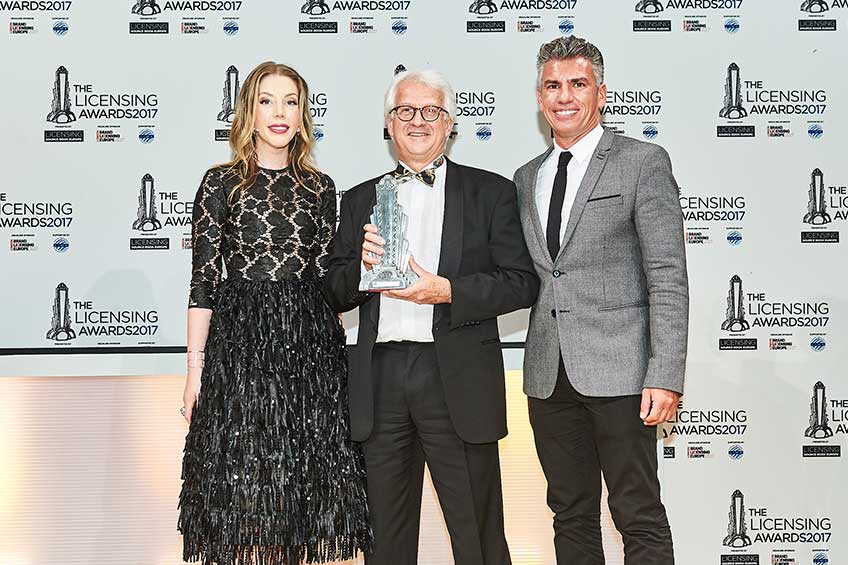 On the eve of departing for the Cologne Baby Show, Anthony Temple, Rainbow’s Managing Director was presented with a prestigious Honorary Life Achievement Award to the Licensing Industry for over 30 years of achievement’s with Rainbow Designs,  DRi Licensing and for his work with the Industry and The Light Fund Charity.

Upon receiving the Award at The Licensing Awards gala dinner held at the Grosvenor House Hotel, London, Anthony said, “ This is a proud moment indeed and a testament to Rainbow and DRi’s achievements and standing in the industry and to the support of a fantastic team! We are award winners! Now that feels great.”

Excerpt of a speech given by LSB’S joint md and editorial director, Jakki Brown at the event:

“Tonight we honour someone who has contributed to this industry from many different angles over the last 30+ years – and still has lots of fuel in their tank. This industry has witnessed so many changes over the years, and tonight’s award recipient has evolved in tune with this changing shape, spotting opportunities and grasping them.

Having started their licensing career in the corporate world, achieving director status with one of the leading toy companies, while still in their twenties, their natural entrepreneurial drive could not be ignored for long. Joining forces with a like-minded business partner, they went on to trail blaze as one of the earliest independent licensing agencies. As well as clinching leading entertainment properties to represent, they also were a pioneer in spotting the potential of brand and art-based licensing with their multi-platform agency.
Then many years on, with a very capable and loyal team on their side, when an opportunity arouse to diversify into the manufacturing side of licensing, this special individual took the brave step to go for it, fulfilling their dream to create wonderful products.

Their integrity, attention to detail, incredible people skills and innate nous for what retailers and the public want has seen this side of their business grow into a significant player, taking classic brands and elevating them on the licensing stage in ever more enclaves.

For all their heavy workload, tonight’s winner is well aware of what is important in life – to give back and help those less fortunate than themselves. They were one of the first key supporters of the Light Fund charity Golf Day, the main organiser of the London to Utrecht Bike Ride, and despite being in the midst of one of the biggest deals of their life, was determined to be at the forefront of the London to Dublin cycle challenge planning team.

I have never met anyone who has a bad word to say about tonight’s recipient, the most common phrase used on the many nominations we have received is that ‘He’s just such a good bloke’. 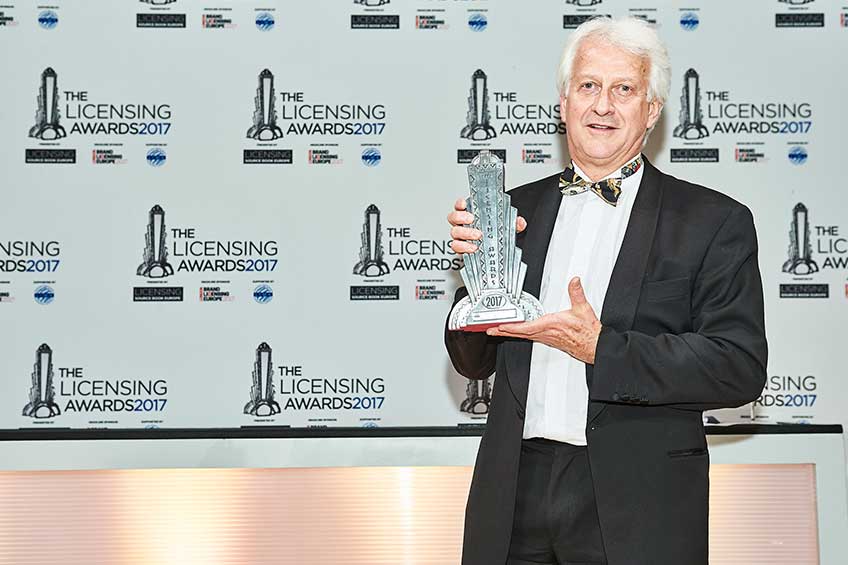 Back to Our Awards